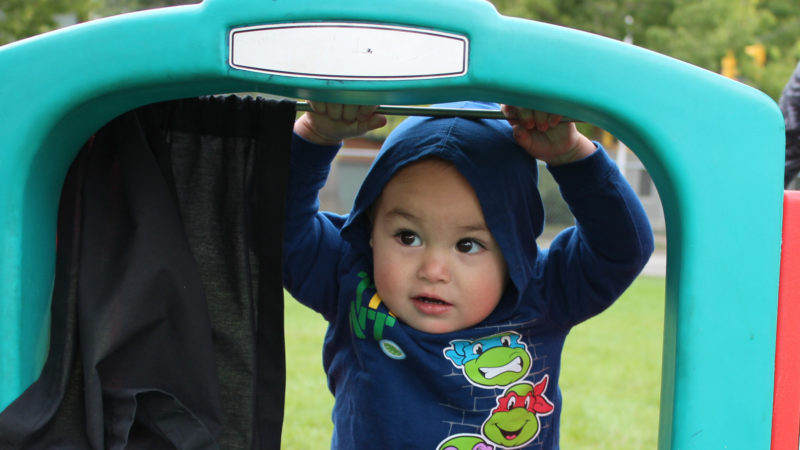 Have you ever told a child to stop doing something and then immediately wondered, “Wait, why can’t he do that?”

I call this knee-jerk parenting. We’ve all done it (probably most often when we’re tired or stressed). We say no, stop that, or otherwise set limits that, when we stop to think about them, prove completely arbitrary.

Setting limits for our children is hugely important, but setting arbitrary limits seriously undermines the valid limits we set. This is why it’s important to avoid becoming a no-no parent. Be a “yes” parent as often as possible! Your child will recognize you’re on her side, you want her to have fun. Then your no’s will carry more weight.

When you do need to say no or set a limit, give a simple explanation of why that rule is important. No lecture is necessary (or helpful); a few words will often do it. “That hurts your brother.” Or “that will break.” Explanations will get more complex as the child matures, but lectures are still best avoided.

When we set reasonable limits for our children, we are helping them learn self-regulation. The hope is that by coming to understand and respect the limits we set for them, they will eventually learn to set healthy limits for themselves.

Children need the structure these limits provide. In an overly permissive setting, there is no model to teach them restraint or self-control.

On the other hand, in an overly authoritarian setting wherein children aren’t shown the rationale behind the rules, children may not learn to respect authority but to fear or resent it.

In a recent article in the Huffington Post, Sarah MacLaughlin raises the counter-intuitive point that staying consistent is actually less important than staying firm in what you decide. It’s okay, for instance, to allow your child to climb on the back of your couch, but absolutely not ever on Grandma’s couch.

Don’t worry; you’re not going to cause his little brain to short-circuit from the inconsistency. Simply explain that our couch is not the sort he can really damage or that could hurt him, but Grandmas—well, you know Grandma’s house. He’ll get it. And learning the distinction will help him fine tune his own self-regulating capacity.

Kids will certainly test the limits you set, but child psychologist James Lehman points out that testing limits is a very normal, even healthy thing for kids to do. The trick is not to take their pushing personally. Instead, Lehman says, take it as an opportunity to ask yourself, “Is my child ready for more responsibility? And I as a parent ready to modify these limits?”

Set limits, yes, but see them as organic things. Once they calcify or become unquestionable, they risk becoming meaningless and ultimately doing more damage than good.

Written by Jessica Wierzbinski, a freelance writer for Early Childhood Councils throughout Colorado.